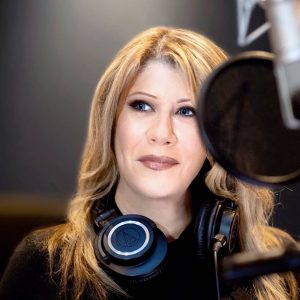 Kat Cressida is a renowned voice actress and respected Disney historian whose connection with Disney began with her father’s work with WED and Disneyland in the 1970s. She is known not only for bringing characters to life in Disney Parks ("Little Girl Lost" in the Twilight Zone Tower of Terror, Toy Story's Jessie the Yodeling Cowgirl in shows and attractions worldwide and Constance Hatchaway, the 'Black Widow Bride' in The Haunted Mansion) but also for top AAA video game titles (Marvel Heroes, World of Warcraft, Elder Scrolls, The Wolf Among Us, Fallout 76) as well as animation (Toy Story titles, Dexter’s Laboratory, Phineas and Ferb).

Kat began her career as a Shakespeare major at UC Berkley, became a cast member at Disneyland, and after a successful on-camera career, transitioned into full-time voicer. Besides her career achievements in voice over, she’s also a professional keynote speaker – addressing pediatric cancer and patient advocacy  – leveraging her recovery from fatal cancer to help others navigate the health care system.

In 2019, she gave a well-received TEDTalk at UCLA on the value of playtime.

In this episode, we speak with Kat about her personal connection with Disneyland, both as a frequent visitor and eventual cast member, the beginnings of her professional involvement with Disney Parks recording scratch tracks and "walla" (background crowd sounds) for Imagineering, and her eventual casting as "The Black Widow Bride," Constance Hatchaway, in the 2006 revision to the Haunted Mansion's attic scene.

Our rollicking conversation touches many topics; including fans' love for the Constance character, the effort made to make the new character be a seamless addition to the classic attraction, and plans for the Orlando Mansion uncovered during her research for the character that never came to be.

We also learn about the fascinating preparation and vocal techniques Kat uses for voice-matching Hollywood celebrities in films, which she leverages to bring Jessie the Yodeling Cowgirl from the "Toy Story" films to life in attractions and shows in the Disney Parks worldwide.

For incredible daily deep Disney history and trivia, be sure to follow Kat on social media: